With the XXXII Summer Olympic games quickly approaching, let’s get into the spirit of the games this winter and look at former North American host cities you can visit to get an incredible experience you won’t soon forget. 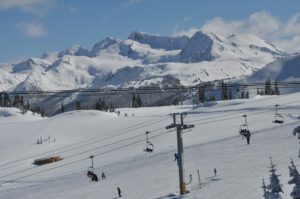 Canadian’s took great pride in hosting the games and can boast over the 14 gold medals won in various competitions. The country’s heritage was honored by including First Nations as partners in hosting on the games. Metis and Inuit individuals welcomed athletes into BC Place Stadium for the opening ceremonies, a memorable way to start the competition. The Olympic Village and location of the majority of the events are located 77 miles north of Vancouver in Whistler. Before hitting the slopes, you can visit Whistler Museum to view memorabilia from the games. Afterwards, let the fun begin at Whistler-Blackcomb Ski Resort. If you are feeling more adventurous, you can visit Whistler Sliding Center where you can try bobsled and skeleton! Whistler Olympic Park offers further activities, including cross-country tour, tobogganing, snowshoeing, skate skiing, ski jumping and biathlon.

One of the most memorable moments of the 1980 Olympics took place at the Herb Brooks Arena. Hockey and non-hockey fans alike will remember the remarkable game of the underdog United States winning gold against the four-time defending gold medal Soviet team. The game would be known as the “Miracle on Ice.” Keep the excitement alive today by visiting the Olympic Sports Complex at Whiteface Mountain where you are able to toboggan, ice-skate, dog-sled, cross-country and downhill ski, bobsled, skeleton, luge and biathlon. There is no shortage of outdoor activities for the whole family here and don’t forgot to visit the Lake Placid Olympic Museum!

The 2002 Winter Olympics took place during a period of great national pride. Salt Lake City hosted the 19th Winter Games a little over a year after the 9/11 terror attacks. President George W. Bush became the first sitting U.S. President to open the games and a tattered flag 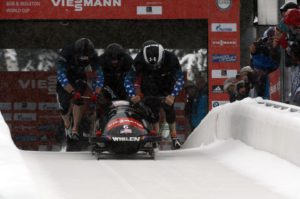 recovered from the World Trade Center rubble was carried into the Rice-Eccles Olympic Stadium. Today, there is an abundance of winter sports you can try scattered around the entire area. Visit Utah Olympic Park to try activities such as bobsled, skeleton and ice-skating or check out Park City Mountain for some world-class skiing and snowboarding. Salt Lake City is also once again a hopeful candidate for the 2030 or 2034 winter Olympics.

In 1988, Calgary was host to one of today’s most widely known and fond Olympic story. The incredible journey of the Jamaican Bobsled Team. The famed bobsledders were unfortunately unable to place in the event but nonetheless made history by becoming Jamaica’s first ever Winter Olympians. Visit Winsport where you can ski, snowboard, ice-skate, play hockey, or visit the tube park. The Tube Park, one of the fastest and largest of its kind in Western Canada, is a perfect activity for family and friends. 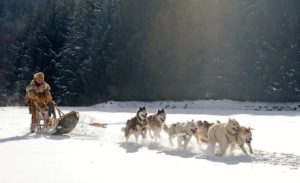 Squaw valley was home to only a couple families and an undeveloped ski-resort when they placed the bid to host the 1960 Winter Olympics. It has since become one of the largest ski resorts in the United States. The 8th Winter Games became the first to be televised live in the United States when the broadcast rights were sold to CBS. During a skiing event, judges sought out CBS tapes to determine if a skier had missed a gate. This would begin an idea that would later be known as instant replay. Start your trip by visiting the Olympic Museum. Next, enjoy non-stop activities at Squaw Valley including downhill and cross-country skiing, snowboarding, ice skating, snow-shoeing, dog sledding, snow tubing or driving mini snowmobiles.

Comment below on your favorite Winter Olympic memory or an Olympic sport you would like to try!

Taking A Gap Year For Travel

By Andrew 2 weeks ago

Should You Purchase a Vacation Package?

By Andrew 2 weeks ago

How to Child Proof Your Hotel Room

By Andrew 10 months ago

Join in on the Conversation!